German Children and Young Riders continue on their gold course 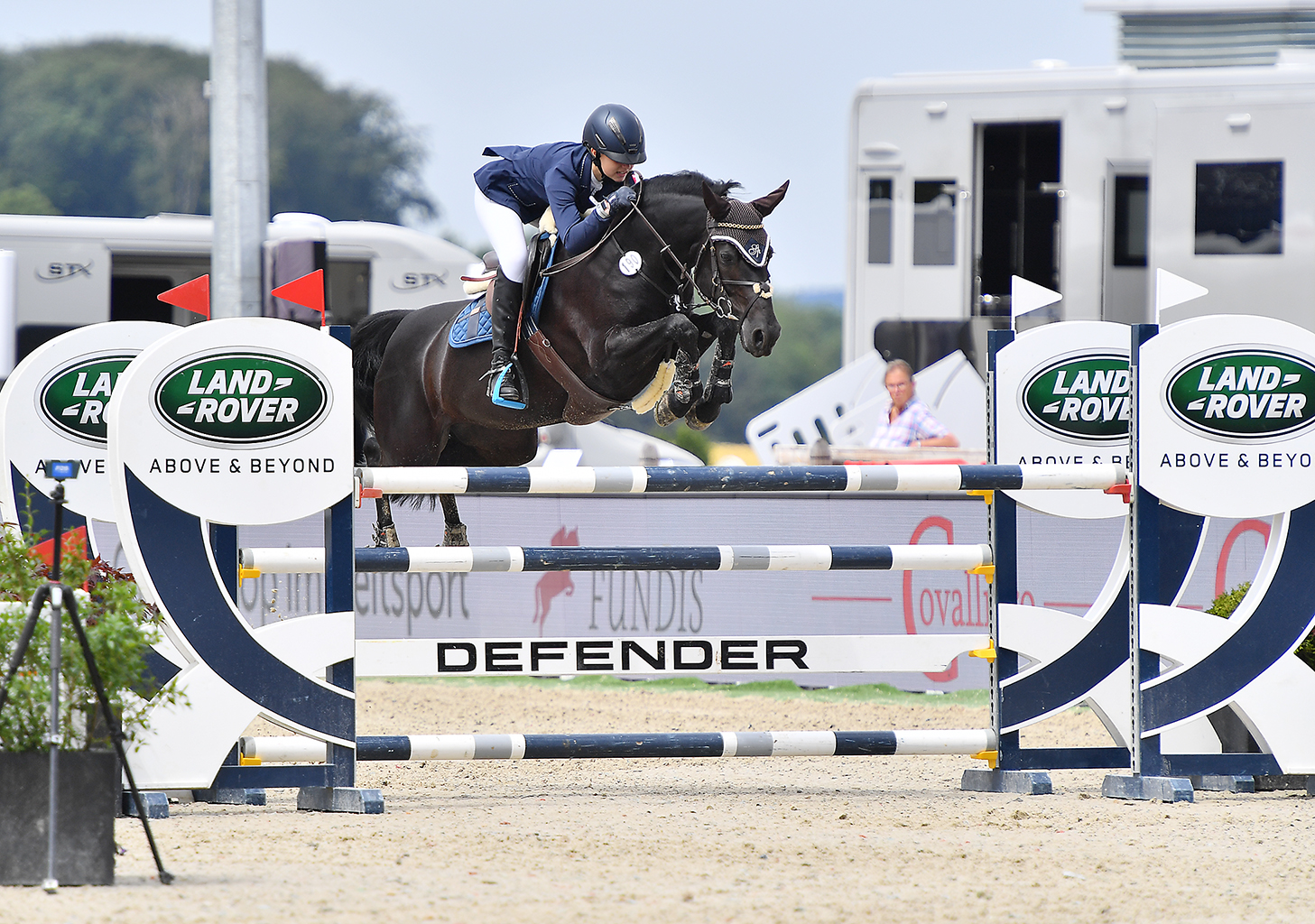 Hagen a.T.W. — “The early bird catches the worm” must have been the motto for the German young riders on Friday morning at Future Champions. Just like on Thursday, the riders with the eagle on their jackets dominated both the Children and the Juniors. In the Children’s Nations Cup, Prize of Levien Sails & Drive, the team around national coach Hans Heinrich Meyer zu Strohen secured the coveted sashes and prize rugs. First and foremost Zoe Marie Hachmeier and her gelding Sir Piccolino, who also secured the golden ribbon in the individual classification with 79.300 %. Teammates Lotta Plaas and her Trakehner Balsamico (73.625 %) and Martha Raupach and the Oldenburg Francis Drake OLD (75.075 %) also delivered strong performances in the arena. The Belgian team ranked second in the Children’s Nations Cup and the Dutch team came third.

Also on course for gold in the individual classification of the Junior Nations Cup, presented by High Score Performance Ground, was Rose Oatley with her Westphalian-bred gelding Rock Revolution. The final score for the pair was 73.137%. British rider Annabella Pidgley and her Hanoverian gelding Sultan des Paluds FRH finished in second place, as they did on Thursday. Today the result was 72.794 %. The winner from the previous day, Allegra Schmitz-Morkramer and her stallion Libertad secured the last place on the podium with 72.304 %. Team mate Lana-Pinou Baumgürtel came fifth with 70.637 %.

In the jumping stadium, the children also showed their skills in the Nations Cup, presented by Autovermietung Brehe GmbH & Co. KG. First and foremost the Dutch rider Faye Louise Vos with the Zweibrücken gelding Calgary: they remained clear in the two-phase jumping competition with a time of 30.86 seconds. Second place went to Sweden, Junie Ratcovich and Queen Marmelade crossed the finish line in 31.35 seconds. The best German combination was Tony Stormanns and Cascada: they showed a clear round in 32.71 seconds, which meant third place in the end.

Another victory was secured by the German rider Carlotta Merschformann in the pony competition. In the Nations Cup of the Pony Riders, presented by ALLSPAN GERMAN HORSE, her lightning-fast mare Black Pearl Sh NRW remained clear in 27.04 seconds and thus pulled away from the competition. Second place went to Great Britain with Noora Von Bülow and Delflip (28.62 seconds), third place to France with Nohlan Vallat and Cogito D’Hurl’Vent (29.35 seconds).

All starter lists and results